Kathy Kohl holds a degree in elementary education from Bowling Green State University and a master’s degree in business management from Aurora University in IL. She began her theater career at Weathervane as a volunteer on many lighting, set construction, and props crews, joining the professional staff in 2002. She also served for seven years as master carpenter and master painter for the theater department at Firestone High School. She was the scenic designer for our productions of It’s Only a Play, The Flick, and the co-designer of Vanya and Sonia and Masha and Spike, and Monty Python’s Spamalot. In 2017 she received the Producer’s Award and in 2015, she was a recipient of The Trustees Award. She holds three Chanticleer awards for her properties design for Enchanted April, The Sisters Rosensweig, and The Philadelphia Story. She lives with her husband Doug, in West Akron where they raised three children. When not at Weathervane, she very much enjoys being “Ommie” to Parker, Fiona, Beckett, Maisie, and Greyson, and volunteering her mornings to help rehab homes with Middlebury Housing. 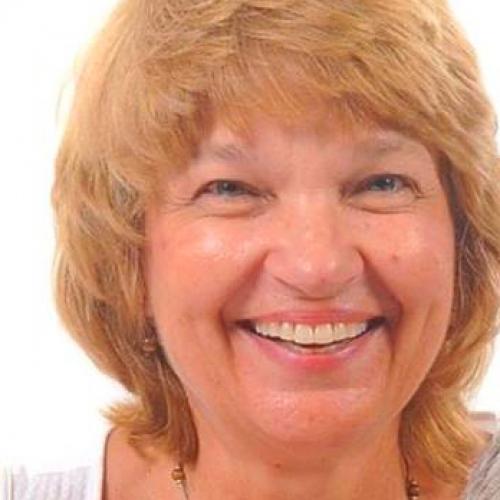