Develop or Perfect Your Talents in a Studio Setting 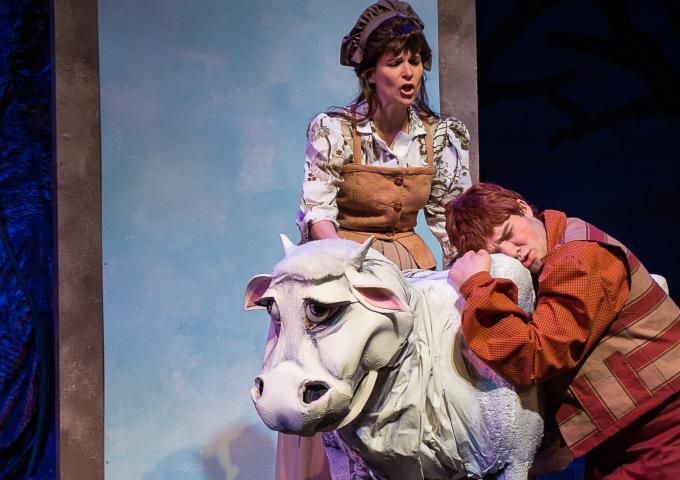 Attention High School Juniors and Seniors!
Are you ready for College Audition season? Learn what it takes to stand out from the crowd. Join us to
help prepare you for your college theatre auditions. Students will work with adjunct professor, Fred Gloor from the Baldwin Wallace Theatre program to learn how to prepare for your audition, choose materials including monologues and what college programs are looking for.
Students should come prepared with sample materials, and goals they wish to accomplish. Shake your nerves away and feel confident moving forward into your new role as a college student!

Michelle Duffy has been a professional actress and vocalist for over 30 years.  She's created roles in theaters throughout the country and abroad, from the most intimate black boxes to major regional houses to Off-Broadway and Broadway. She's also done extensive on-camera work --appearing in a dozen national commercials, many guest stars on television series and supporting roles in feature and independent films--and is well-versed in working with students in both disciplines of live stage and intimate camera work. She's a graduate of Kent State with a BFA in Musical Theater and is the recipient of the Ovation, Garland, Bay Area Theater Critics' Circle, and Wilde Awards for acting excellence. She's originated many roles throughout her career but most notable to students is "Ms. Fleming" on the Original Cast Recording of Heathers the Musical.

Fred Gloor is currently the Associate Artistic Director and Marketing Director at Weathervane Playhouse. He has directed four shows at Weathervane: Noises Off,  It's Only a Play, You Can't Take It With You, The Lyons  and 4000 Miles. He taught Intro to Theatre, All levels of Acting, and Theatre History at Tri-C West, and is currently a member of the Theatre and Dance Faculty at Baldwin Wallace University where he teaches Intro to Theatre, Improv, and Script Analysis. A graduate of Kent State University, Fred's other directing credits include Cleveland Public Theatre, Dobama, TitleWave, Charenton, The Second City Cleveland, CVLT, and Tri-C West.  As an actor, he has performed at The Cleveland Play House, Great Lakes Theater, Dobama, The Beck Center, Cain Park, The Second City Cleveland, The Ensemble Theatre, and as a cast member of Something Dada. A member of AEA and SAG-AFTRA, he has appeared in numerous commercials and such films as The Dream Catcher and Pirates with Leslie Nielsen, Eric Idle, and Rodney Dangerfield.

The art of acting is a combination of wit, charm, self-confidence, life experiences, understanding and technique. An actor's technique is their method of getting the most out of their own talents and abilities and using them to interpret a character. This begins with the basics: projection, diction, breath support, listening & reacting, body language and analysis. As the student progresses, the focus is on developing technique and building skills to support and an actor's own strengths, and counter their weaknesses. Goals are established by the student and instructor at the beginning of each session.

Natalie graduated from The American Musical and Dramatic Academy in NYC. Soon after she received her Actors Equity Card working at the Carousel Dinner Theater in Akron, Ohio. Some of her favorite shows during her career have included Paper Moon (Miss Trixie Delight) at Ford’s Theater, The Scarlet Pimpernel (Helen/Chanteuse) at The Minskoff Theater, NYC , Houdini (Madame Tolka/Wilma) at Goodspeed Opera House, The Little Mermaid (Ursula) at Beck Center for the Performing Arts, Annie (Miss Hannigan) at Bucks County Playhouse and Ladies and Gentlemen Natalie Blalock (Herself) at Joe’s Pub, The Public Theatre, NYC. Other wonderful experiences include the T.V. shows Strangers with Candy (Edie Harley) “The Bully” epidsode, THE O.C. (Gail VanDeepen) and Eve (Mrs. Garris).