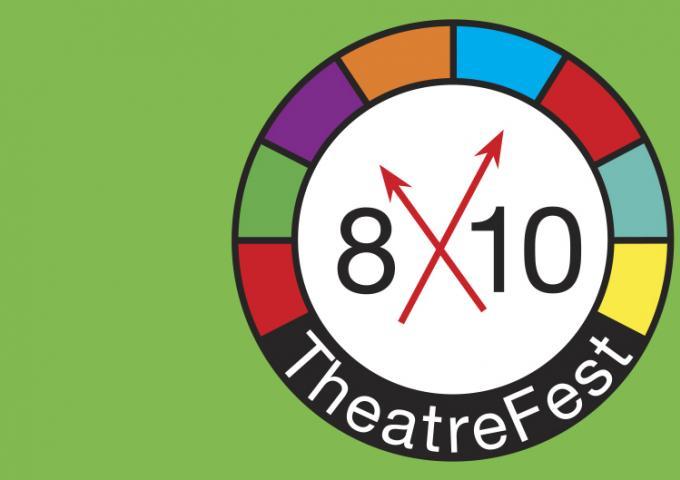 Forensics Investigators take on a puzzling murder case which quickly spirals out of control and leads to an unbelievable conclusion. A longtime unhappily married husband and wife are obliged to play “The Happy Couple” when meeting their daughter’s future in-laws. A young man has to face his fears when sheltered in a basement during a tornado with his slightly oddball neighbors.

These were the scenarios of just three of the eight plays which were presented at Weathervane Playhouse on July 10, 11 and 12, 2015, at the fifth annual 8x10 TheatreFest.

All the plays had two things in common — each was 10 minutes long and each featured a hand mirror as a prop. The mirror served as the “inspiration” for this year’s contest. Over 230 plays were submitted to the Weathervane contest, and volunteer judges read and chose the top-eight plays. All finalist playwrights receive at least a $50 prize, and the top three — as determined by audience vote — receive $150, $250 and $350, respectively.

Audience members at this past weekend's performances also got to vote for the special prop “inspiration” for next year’s competition.

“Six of the eight playwrights this year traveled to Weathervane to see their plays come to life,” says 8x10 TheatreFest Coordinator Eileen Moushey. “And that was part of our excitement, too. Plus, it’s always great fun for the audiences to be able to choose the winners!”

Mr. Bassett by Gerald Williams of Vancouver, BC
Directed by Adam and Patti Alderson
Featuring Brian Westerley and Beth Geiser

AND THE PROP CHOSEN FOR THE 6TH ANNUAL 8X10 THEATREFEST IS...

An Envelope of Cash!