Auditions for "The Color Purple" 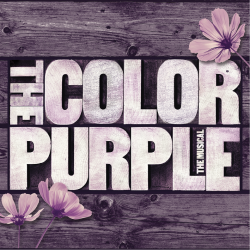 Synopsis:
This musical adaptation of Alice Walker’s Pulitzer Prize-winning novel (and the popular 1985 Steven Spielberg film) spotlights Celie, a downtrodden young woman whose personal awakening over the course of 40 years forms the arc of this epic story.

With a joyous score featuring jazz, ragtime, gospel, African music and blues, THE COLOR PURPLE is a story of hope, a testament to the healing power of love, and a celebration of life. It premiered at the Alliance Theatre Company in Atlanta, Georgia and opened on Broadway on November 1, 2005, where it was nominated for eleven 2006 Tony Awards, including Best Musical, Best Book, and Best Original Score. The London off-West End production moved to Broadway in 2015, winning the Tony Award for Best Revival of a Musical.

All technical rehearsals and performance dates are mandatory.

EVERYONE AUDITIONING MUST BE FULLY VACCINATED FOR COVID-19 AND SHOW PROOF OF VACCINATION STATUS.

Vocal Audition: All auditionees must come prepared with 16 bars of a song in the style of the show and sheet music. A pianist/accompanist will be provided. After the vocal audition, some actors will be asked to do readings from the script. Advance preparation is not required, but the sides are attached below.

Callbacks: Some auditionees will participate in a dance/movement callback. Wear or bring comfortable clothes and shoes.

A tentative rehearsal calendar will be provided upon auditioning. Rehearsal conflicts must be noted on the audition form. Resumes and headshots are welcomed and encouraged.

Auditionees should arrive 15 minutes before the scheduled audition time to complete audition forms.

Auditionees should plan on staying for the entirety of the audition slot or until dismissed by the director.

The ages listed below are approximate. Performers should be able to play and appear those ages on stage.
Gender is provided as a guide to how the character will be presented on stage.

Celie: Female, 20s-early 30s
a radiant survivor who triumphantly journeys through a life filled with soul-reckoning challenges and emotional/physical violence; she is buoyed by a rock-solid faith in God, love and devotion for her sister Nettie, as well as the intimacy-awakening bond that she develops with Shug Avery. Note: Character age 14-40s.

Shug Avery: Female, 30s-40s
a sultry siren and juke-joint performer who has seen better days; a former lover of Mister and a "good-time girl", whose body, soul, and desire to love again is reawakened by Celie and the intimate bond they form with one another.

Nettie: Female, 20s-early 30s
Celie’s sister, and her rock; smart, driven, and protected by circumstance; unwaveringly devoted to her sister, she is nonetheless torn apart from her, and goes on to realize a fulfilled life in Africa, which includes serving as caretaker to Celie’s “lost” children, ultimately reuniting them with their mother. Note: Character age 13 to 40s.

Mister: Male, 30s-40s
A deeply troubled man, as well as Celie’s husband and abuser; he is also the estranged love interest to Shug Avery for whom he still carries a torch; eventually he is redeemed by a self-reckoning and atoning for his transgressions. Note: Character age 30s to 50s.

Harpo: Male, 20s
Mister’s hapless son from his first marriage; well-intended, but often falls short due to exceedingly bad parenting by Mister; falls deeply in love with –and is dominated by his wife Sophia, then later by his girlfriend Squeak; he eventually finds his firm footing and manhood soon after Mister’s transformation and the return of his beloved Sofia. Note: Character age 18 - 40s.

Sofia: Female, 30s
Harpo’s wife and Celie’s friend for life; a full-figured woman who possesses a giant personality, along with an equally expansive lust for life, and a proud sense of justice; a domineering pacifist who suffers no fools. Note: Character age 20s-40s.

Squeak/Ensemble: Female, 20s
Harpo’s devoted and fiercely protective girlfriend who serves as his great motivator; she possesses a voice that matches her name with mathematical exactness.